Matteo Peretti was born in 1975 in Rome, where he lives and works.

His artistic research, through an apparently playful method of creation, reveals with sagacity, irony and sarcastic realism the coercive mechanisms subliminally induced by the society in which we live.

Peretti has participated in the 50th and 54th Venice Biennale, the 3rd Mediterranean Biennale of Contemporary Art of Oran in Algeria, and the Italy-China Contemporary Art Biennale. He has exhibited in Italy and abroad, in public and private institutions, including: Palazzo Reale in Milan, Ex-Aurum in Pescara, Palazzo Venezia in Rome, Castel dell'Ovo in Naples and PAN - Palazzo delle Arti in Naples.

He was a finalist in the Arte Laguna Prize (2015) and came first in the Premio della Critica Cinematografica in the Cortissimo section (Castelli dell'alta Marca Anconetana, 2007) and in the Epson Award for the Arts (1998). 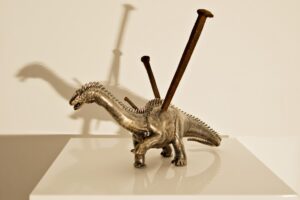 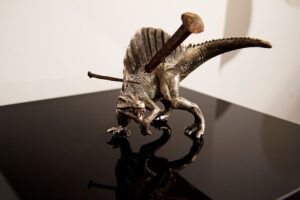 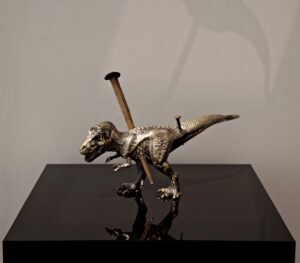